This is a Quake Champions Comic review over Volume #1. Which includes Issues #1 – #3

You’ve probably been wondering the same thing as me. Is the Quake Champions comics any good? Well, just so happens I decided to buy issue #1 for myself and find out!

So this Quake Champions Comic Review over volume #1 is for you! I’ll start off by saying, I also didn’t realize I bought the volume instead of just issue #1 which includes all the comics currently available.

Before I continue on with my review I’ll give you a simple answer here at first.

Are the comics good? YES.

Should you buy it? YES!

Now on to the real review! I’ll try to keep it spoiler free as much as possible!

Starting off on the QC Comic

The champion or well the origin story starts off with Ranger. It also dives back into the past a bit before each champion enters the “Slipgate” I’m guessing and ending up in the dreamlands or hellverse. Before ranger got trapped in the Quake Champions slipgate it shows him having a normal life. Family, kids wife you know. Ranger from this comic almost reminds me of the Punisher come to think of it.

Ranger, if you didn’t know, has become a murdering “monster” as he says to himself and even in Quake Champions. What you might not know is he carries around a (spoiler) picture of his family to remind him he is still human.

The very first few pages of the comics are Ranger fighting Sorlag. Sadly this comic doesn’t really go into much detail of Sorlag’s origin or backstory. Then cuts away into another fight with a certain “Robot” which also has no backstory.  Spoiler it is CLUTCH.

The next series goes into the origin story of Anarki and Slash. Shows them both before they are all jacked up on whatever, then it shows them jacked up. This is also where you learn that whatever slipgate or dreamlands that they are in. That no one can truly die while they are there. This pretty much is a setup to why people are killing each other in Quake Champions and respawn. I’m not sure it really needed explaining, but I guess for story purposes it does just not gameplay wise.

Anarki and Slash being 2 of the fastest and lightest champions in Quake Champions. They are a quite a fun little couple.

You learn about Anarki and Slash’s relationship very quickly. Maybe something happens… Maybe something doesn’t, only one way to truly find out. You can scroll to the bottom of the page to find out where to get it!

If you were worried that you’d miss out on Nyx’s booty. If there is any indication in the picture provided you don’t have to worry anymore.

I did learn however the only reason Nyx is even in Quake Champions is to (Spoiler) chase down Scalebearer, I had no idea the 2 were even connected. You learn some great things about Nyx, and the other CHAMPION that is spoilered out. Very cool.

Don’t worry folks the coolest champion in is this comic. Number 17 otherwise known as VISOR has his origin story towards the end of the comic.

I’m not going to lie, whenever I bought this comic I was skeptical at first that he would even be in the first issue. So if you were looking forward to seeing a story of Visor then you can start with issue #1 for sure. I won’t say much, other than it is just awesome, and you need to read it. Visor has quickly become my favorite champion to read about, and also play with. He has such an amazing back story and overall a great Champion. I’m wanting to write some fan fiction about him. Would anyone be interested? Be sure to let me know down below!

Champions Not Included in the Quake Champions Comics

Now I don’t know if these 4 show up later in others I haven’t gotten that far but I hope to soon. What I can tell you is that the newer champions before these where written will not be. Champions like Athena, Stogg & Peeker, or Death Knight. Although I’m not 100% sure I didn’t see a character that resembles Death Knight on a page. So if you are looking for your newer favorite champions. Then I’m sorry I doubt they will appear in the comics unless they release more.

I do hope they continue to make more comics.

I really hated, learning that there is only 3 out at the time of this writing. Hopefully, they will continue the awesome backstories for these champions we love. I’m sure in issue #4 they will touch on some that they didn’t even in the first few issues.

I really hope you guys enjoyed this Quake Champions Comic Review as I really want to do more. If you want to show me some support leave a comment down below and let me know if you picked up a copy and whose favorite story-arc you enjoyed.

Love to get a discussion on the possibility of the comics returning!

Don’t forget to share this on social media as well! Let’s make sure Quake Champions never goes anywhere and perhaps they will eventually continue the story in comic form at the LEAST. 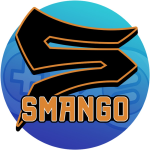